Heifers for Peace is a program that involves building peace between two warring tribes through heifers. To strengthen the bond that the involved children and families made during the Children Peace Building Program, we give a heifer to two sets of families from different tribes. The two families share the heifer, and when it gives birth they equally distribute the calves amongst their two families. The families are eligible for a Heifer for Peace after the “Friends for Peace” children and families sustain their friendship for at least two years.

The economic interdependence that is created by giving one shared heifer to two families from opposite tribes is a strong motivation for peace to be maintained. Not only do the families now rely on each other, but they also work together to successfully raise the heifer. They give the shared heifer access to the lands of both tribes to graze and drink water, thus giving it a greater chance for survival. In a drought-prone and famine-prone area such as Northern Kenya, this innovative approach has the capability to transform and improve the lives of thousands of families. So not only is peace sustained, but the economic livelihood of the families are also improved.

Why heifers? Cows are an integral part of pastoralist tribes. Not only are they a means of income and food security, but they also represent wealth and identity to these tribes. Economically, just one heifer can restore the entire herd; a heifer can give birth to up to 6-8 calves, and from those calves, the numbers continue to multiply.

The project has been in existence for the past two years and currently, there is an ongoing fundraising campaign for Heifers for Peace 2018 in conjunction with The Advocacy Project.

Please donate and help bring peace to Northern Kenya. We hope to be able to give 100 families (50 Pokot and 50 Samburu) the Heifer for Peace they earned this coming August 2018! 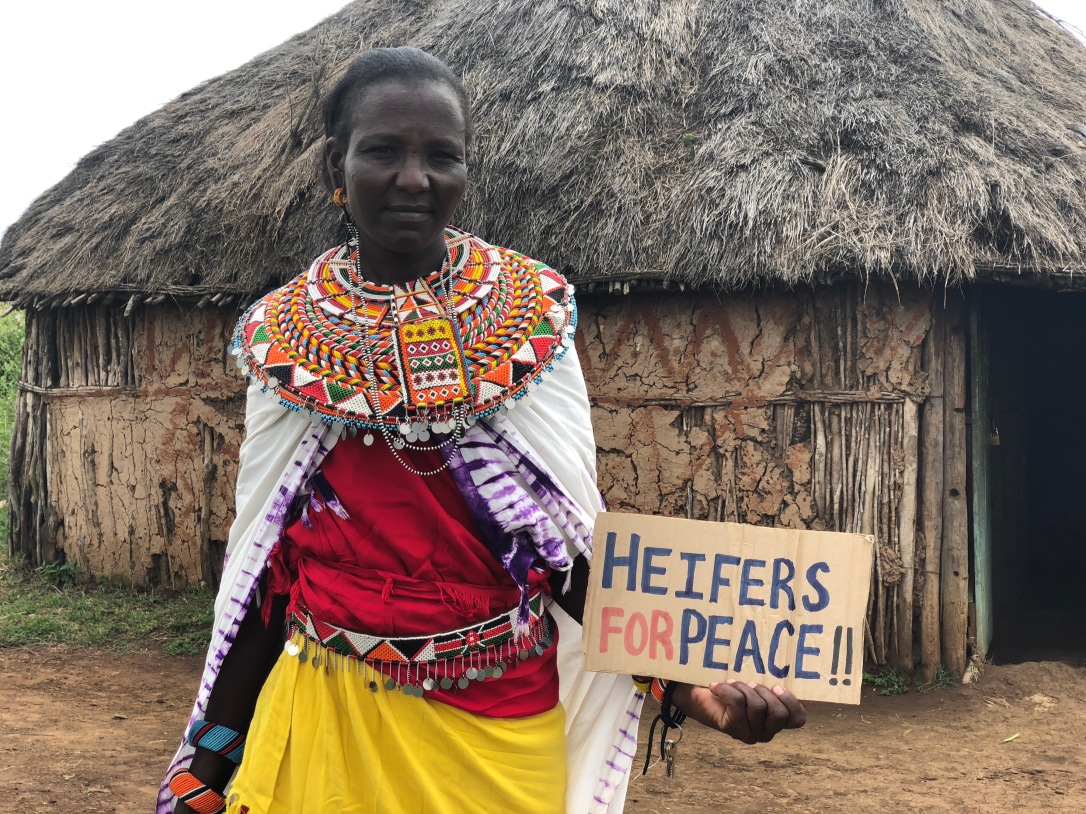 2 thoughts on “Heifers for Peace”